A  well-regulated  Militia, being necessary to the security of a free State,  the right of the people to keep and bear Arms, shall not be infringed.

Ivanovskis asks, “Why do you need a gun?”

The 2A was established for to mitigate TYRANNY by the government upon the governed, period (Federalist Paper #46).

People are fed up, yet they are denied their God-given right to self-defense against tyrannical government.  As a flight attendant, I am no longer allowed to fly to those countries because I haven’t submitted to the unapproved mRNA injections, which for all intents and purposes may be a prelude to a “vaccine passport.”  What do all these countries have in common? Their peoples’ rights to keep their arms were gradually eroded, predicated on false claims.

I publicly pledge that if I am elected to Congress, I’ll readily join the 2nd Amendment Caucus and the House Freedom Caucus. I will vote against any anti-gun legislation, registration, including, but not limited to “red flag” laws.  How many incumbent RINOs voted for “red flags” alongside Democrats in the most recent National Defense Authorization Act (NDAA)? 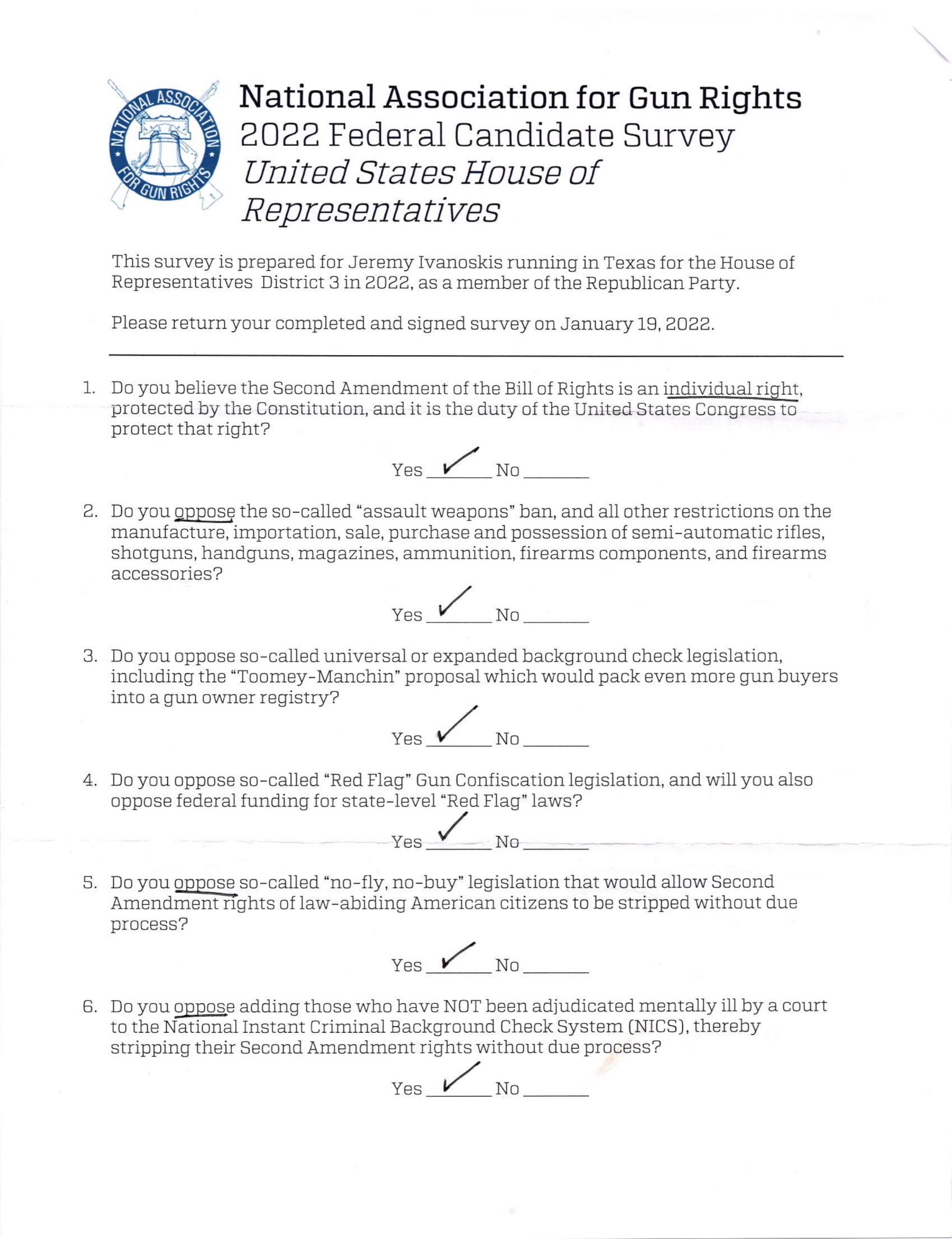 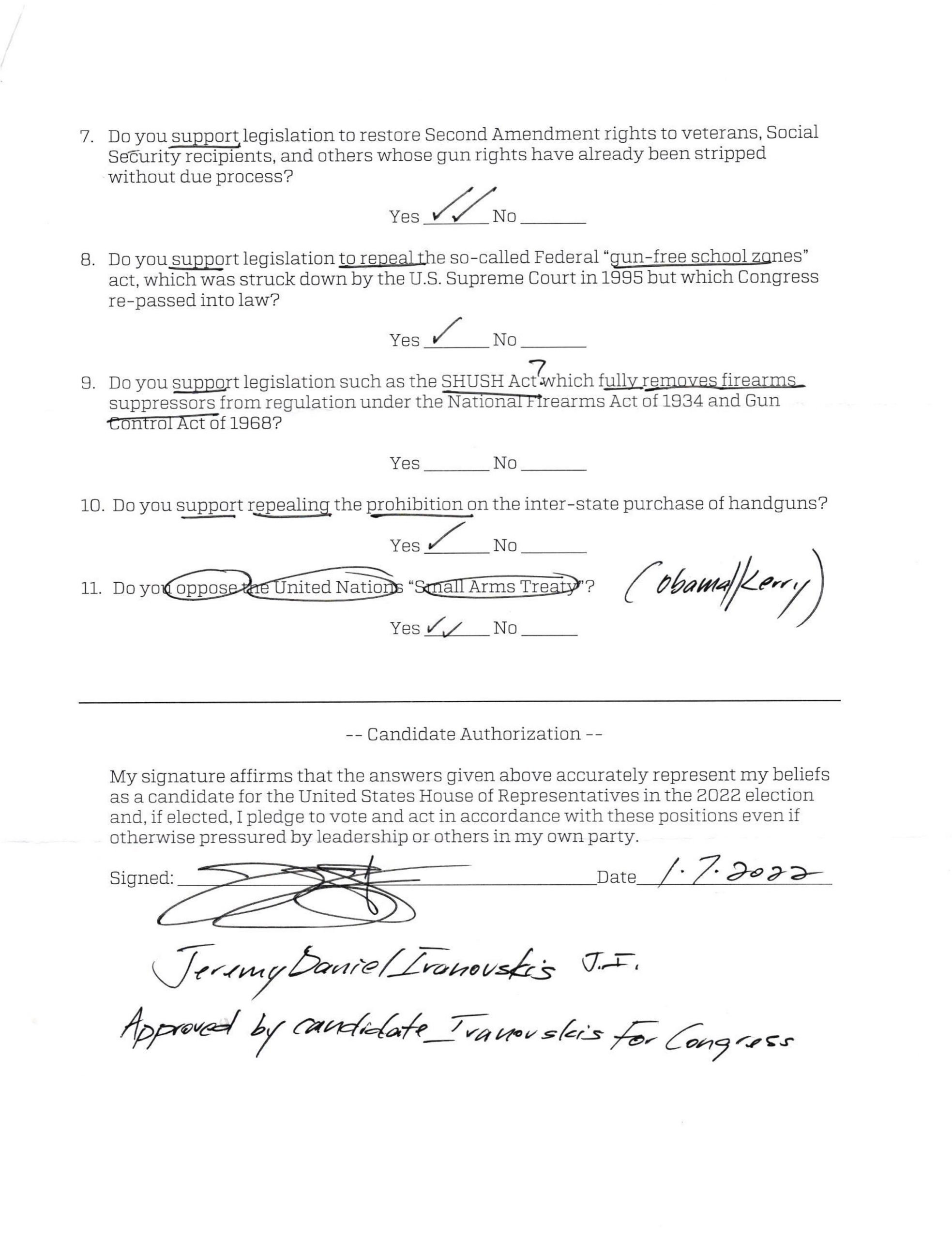 The United States is the last free bastion on Earth, and if America falls, so goes the rest of the world.

Get Out and Vote

If we join together and make our voices heard, we can fight for the change we want to see in Congressional 3rd District (TX-03).

CLICK HERE TO FIND OUT WHERE YOU CAN VOTE
Copyright © 2022 Ivanovskis For Congress. All rights reserved.